Healthy or Not? Knowing what your Colleague Earns

We’re open about what everyone earns at our firm, like most organizations based on commissions, but that doesn’t work for all companies.   And it’s probably more often than not uncomfortable particularly when there are gaps in income levels.

Compensation has always remained a big mystery, particularly in the professional ranks of

most companies.  I remember my first year out of undergrad, finding a print out salaries for everyone in the division.  I nearly fainted at the printer.

As people move into managerial ranks, generally more is known and disclosed about comp structures though rarely not more than you need to know.

Personally, I’ve always felt comfortable having an outstanding talent on my team earn more than I did.  And, I was always comfortable with the increasingly large pay gap that exists between people who really move the needle and those who do not.

What are your thoughts, does an open book on comp make sense?

Here’s what the WSJ had to say about a few firms they profiled that do have an open book culture:

Psst…This Is What Your Co-Worker Is Paid

Welcome to the ‘Open’ Company, Where Every Detail About Salary, Financials and Performance Is Open for Viewing by All

Office workers have grown accustomed to knowing the intimate details of each other’s lives—from a colleague’s favorite cat video to a boss’s vacation fiasco. 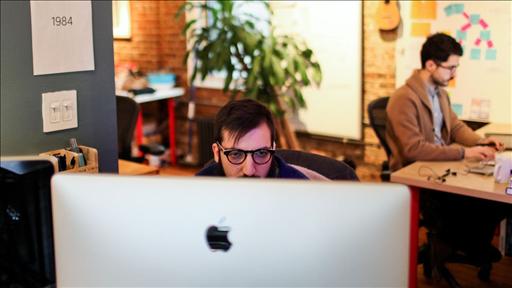 Now a small but growing number of private-sector firms are letting employees in on closely held company secrets: revealing details of company financials, staff performance reviews, even individual pay—and in doing so, walking a tightrope between information and TMI, or too much information. 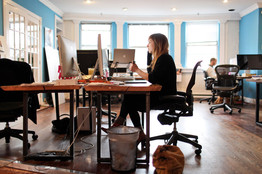 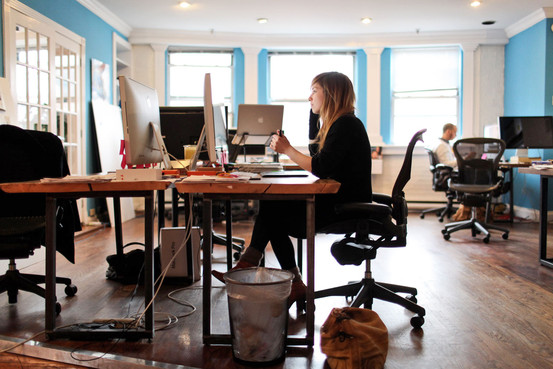 The warts-and-all approach, most often found in startups, builds trust among workers and makes employees more aware of how their particular contribution affects the company as a whole, advocates say.

Employees at SumAll, a Manhattan data-analytics company, can click on a shared drive to peruse investor agreements, company financials, performance appraisals, hiring decisions and employee pay, along with each worker’s equity and bonuses.

SumAll Chief Executive Dane Atkinson says the company was launched as an open enterprise. He and his co-founders reasoned that people work more efficiently when freed of doubts about salary, and better understand their individual contribution to the whole group.

Anyone hired into the company must be comfortable with the system, he says.

The company’s 30 or so employees are each assigned to one of nine fixed salaries, which range from about $35,000 for the lowest paid to $120,000 for the highest. Raises occur companywide, determined by performance and market conditions.

“It’s not like you come in and [pay] is posted on your forehead,” but having the figures in the open alleviates co-workers’ curiosity and anxiety, says Kimi Mongello, SumAll’s office manager. “When it’s a secret you want to know it more,” she says, noting that she and her colleagues rarely look at the data.

Ms. Mongello is in a low salary band, and is fine with it. “I shouldn’t be paid as much as an engineer,” she says. SumAll workers who feel they’re unfairly paid can easily bring it up, she adds.

Little privacy remains in most offices, and as work becomes more collaborative, a move toward greater openness may be inevitable, even for larger firms. Companies “don’t really have a choice,” says Ed Lawler, director of the Center for Effective Organizations at the University of Southern California. (Public companies and government agencies, meanwhile, generally have disclosure requirements about firm performance or pay.)

But open management can be expensive and time consuming: If any worker’s pay is out of line with his or her peers, the firm should be ready to even things up or explain why it’s so, says Dr. Lawler. Management should also show employees how to read the company’s financial and performance data, he adds.

And because workers can see information normally kept under wraps, they may weigh in on decisions, which can slow things down, company executives say.

Once employees have access to more information, however, they can feel more motivated.

At Tenmast Software, a Lexington, Ky., database software maker, the company’s 70 employees have access to company financials and participate in monthly strategic-planning sessions, though individual salaries are kept private. Every new employee must attend a financial literacy course to understand how to interpret accounting statements and business decisions.

That literacy paid off last year when the staff acquired the business through an employee stock ownership plan, giving workers an even greater stake in their decisions.

Angela Lee, a Tenmast support team coordinator, says understanding her impact on the bottom line is empowering. She contrasts that to her previous job, where her project was shuttered, but employees weren’t aware anything was amiss until the last minute.

“I know where we are. I know the bottom line and how it’s going to affect the bonus I get at the end of the year,” she says.

Giving negative feedback—already challenging for many—can be even harder out in the open.

Tim Ogilvie, co-founder and CEO of Peer Insight, a Washington, D.C., innovation-consulting company, says the firm’s dozen employees know one another’s salaries, bonuses and performance appraisals, along with detailed company financials, down to how much money the company has in the bank. Employees have a say on whether to take on any one client or project and can weigh in on new hires, he says.

Jessica Dugan, a senior design consultant at Peer Insight, says it can be “totally awkward” conducting project evaluations with the entire office listening in. “You want to be a good colleague and give feedback that will help people improve, but that’s hard to do in a public forum,” says Ms. Dugan.

While sensitive discussions about performance concerns are held privately, she says that open reviews “ensure everyone on a project is on the same page.”

But such openness isn’t for everyone.

In 2010, Slava Akhmechet, the CEO and co-founder of RethinkDB, a Mountain View, Calif., database firm, experimented with open pay, sharing salary ranges internally and posting them (without names) on the company’s website. He had hoped the transparency would give employees a fuller picture of the company and engender a sense of fair play.

But potential recruits saw the salary figures as a starting point, and bargained for pay beyond the fixed limits. Mr. Akhmechet also found he couldn’t hire prized applicants without raising everyone else’s salaries or getting them to agree to exceptions, he says.

Mr. Akhmechet eventually took salary data offline; now, only he and two other employees know everyone’s pay. “I still think an open salary model might work in a larger company with significant resources,” he says, but “it is not an effective use of time in early-stage companies.”

A version of this article appeared January 30, 2013, on page B6 in the U.S. edition of The Wall Street Journal, with the headline: Psst…This Is What Your Co-Worker Is Paid.

One Comment to Healthy or Not? Knowing what your Colleague Earns